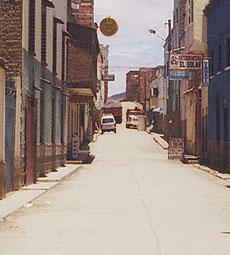 I’m more than a little surprised to find myself in this box: my idea of NEWS is something that happened in 1848, and I think there are better things to advertise and take notice of than my tiny doings or scribbles.

But now that DDB Singapore has brought me into the 20th century – with every sign of coaxing me into the 21st – I’m happy to welcome anyone who’s interested to this space, where we may now and then post something that’s not easily found elsewhere, a video clip from our recent journeys or something that might be of interest to anyone who’s traveled as far as this unexpected corner.

Thank you for your time and attention, and if you’re irritated by something here, please blame the brilliant designers of these pages. Without them, I’d still be in some black hole! 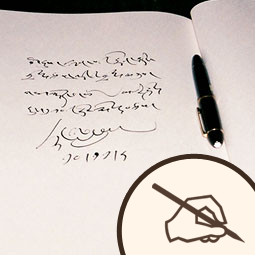 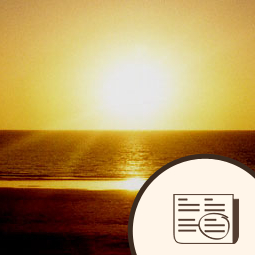 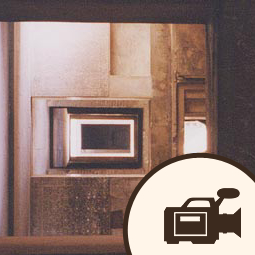 Pico Iyer was born in Oxford, England in 1957. He won a King’s Scholarship to Eton and then a Demyship to Magdalen College, Oxford, where he was awarded a Congratulatory Double First with the highest marks of any English Literature student in the university. In 1980 he became a Teaching Fellow at Harvard, where he received a second Master’s degree, and in subsequent years he has received an honorary doctorate in Humane Letters.

Since 1982 he has been a full-time writer, publishing 15 books, translated into 23 languages, on subjects ranging from the Dalai Lama to globalism, from the Cuban Revolution to Islamic mysticism. They include such long-running sellers as Video Night in Kathmandu, The Lady and the Monk, The Global Soul, The Open Road and The Art of Stillness. He has also written the introductions to more than 70 other books, as well as liner and program notes, a screenplay for Miramax and a libretto.  At the same time he has been writing up to 100 articles a year for Time, The New York Times, The New York Review of Books, the Financial Times and more than 250 other periodicals worldwide.

His four talks for TED have received more than 10 million views so far.

Since 1992 Iyer has spent much of his time at a Benedictine hermitage in Big Sur, California, and most of the rest in suburban Japan.

All the photos on this site, other than the portraits on the Welcome page and above, are taken by Pico Iyer. In many of these journeys, we’ve put a picture of Bali next to a mention of L.A., and a photo of an old friend next to a mention of Somerset Maugham. That’s not a mistake. In our fluid new century, many places are parts of other places, and all of us are a part of others. Ultimately, Inner World and Outer World may not be so different, either.

If you want to find original, non-syndicated Pico Iyer articles, some of the places where they appear regularly or have appeared in the past include:

In recent years, Pico Iyer has spoken at Harvard, Yale, Princeton, Brown, West Point, Stanford, Wellesley, the University of Toronto and many other institutions of higher learning. He has given four talks for TED, including the closing talk at the first TED Summit, in 2016, and the opening talk at the second TED Summit, in 2019, and his talks for TED have received more than ten million views so far. He has also addressed the World Economic Forum in Davos, the World Government Forum in Dubai, Coca-Cola, Google, SAP, Fox Television, The Association of American Museums, the World Monuments Fund and other associations across North America and the world.

Recent feature-length programs with him can be found on Oprah Winfrey’s Super Soul Sunday, Krista Tippett’s On Being, Larry King’s show, NHK World and on CNN.

He is the host of the “Speaking with Pico” series of onstage conversations at the University of California at Santa Barbara, and has conducted onstage interviews, there and elsewhere, with the Fourteenth Dalai Lama, President Mary Robinson of Ireland, Martin Scorsese, Phillip Glass, Meredith Monk, Zadie Smith, Werner Herzog, Salman Rushdie, Amy Tan, George Saunders, Evan Williams, Annie Leibovitz, Matthieu Ricard, Maria Popova, BJ Miller and others in many fields.

VARIOUS IYER BOOKS HAVE BEEN BOUGHT FOR TRANSLATION INTO:

Articles have appeared in Hindi, Finnish, Swedish, Norwegian, Flemish and many more.

In recent years, Pico Iyer has spoken at Harvard, Yale, Princeton, Brown, Columbia, West Point, Stanford, Wellesley, Mount Holyoke, the University of Toronto and many, many other institutions of higher learning, and has addressed such groups as The World Economic Forum in Davos, The World Government Summit, The Association of American Museums,, Dance/USA, the World Monuments Fund, SAP Labs, Coca-Cola, Google, Citigroup, Fox Television and Virtuoso, as well as giving three talks for TED (one of them to close the TED Summit in 2016) and telling a story for The Moth.

If you want to learn more about his work and life, you can see the program-length features on him broadcast on PBS, CNN, the Oprah Winfrey Network and NHK World, among others.

Please contact the following if you need to get in touch:

And let me add here that I owe huge and heartfelt thanks to the astonishing Jeff Cheong and his team at DDB in Singapore and to David Tang and the other terrifically generous friends there who first suggested that some set of journeys be made up in digital form – and then brought them to life on-screen with a sense of style, of fun, of imagination and vitality that humbled me. Yeo Wee Lee, Francis Chong, Rosslyn Chay, and Lim Si Ping have brought me vividly into the present moment and taught me, in inspiring ways, where our new world is going.