“The situation inside Tibet is almost like a military occupation,” I saw the Dalai Lama tell an interviewer last November, when I spent a week traveling with him across Japan. “Everywhere. Everywhere, fear, terror. I cannot remain indifferent.” Just moments before, with equal directness and urgency, he had said, “I have to accept failure. In terms of the Chinese government becoming more lenient [in Chinese-occupied Tibet], my policy has failed. We have to accept reality.”

Accepting reality–first investigating it clearly, and then seeing what can be done with it–is almost his first principle, and now he was about to convene a meeting of Tibetans in his exile home, in Dharamsala, India, and then another, in Delhi, of foreign supporters of Tibet, to discuss alternative approaches to relieving the ever more brutal 50-year long suppression of Tibet by Beijing. “This ancient nation with its own unique cultural heritage is dying,” he said later the same day. “The situation inside Tibet is almost something like a death sentence.”

It was shocking to hear such words from a man who has become one of the modern globe’s foremost embodiments of patience and the power of never giving up. I had spent a week with him traveling across Japan the previous November–and the one before that–and even then he had been working hard to find common ground with China, though he was never slow to speak out against corruption, censorship and oppression in the People’s Republic. In the 34 years I’ve been regularly talking and listening to him, I’ve grown used to seeing him begin each day by praying for his “Chinese brothers and sisters,” and constantly asking his fellow Tibetans “to reach out to the Chinese people and make better relations.” He was still doing all that this winter and yet there was a sense, for the first time that I had seen, that he could no longer contain his impatience and disappointment with Beijing, and was determined to speak out now, telling the world what he knew, while also urging his people to prepare for the time when their 73 year-old leader, ruler now for 68 years, would no longer be among them. 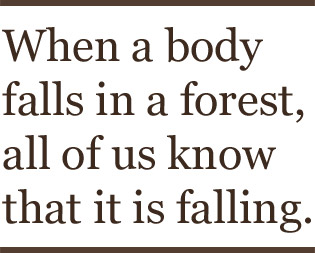 The year just past was something of an annus horribilis for the Tibetan leader and his people: last March, on the 49th anniversary of the Dalai Lama’s flight into India, demonstrations spread across Tibet and led to a Chinese crackdown that is bringing about more deaths and imprisonments than we will ever likely know about. In August, the Dalai Lama was forced to cut short a trip to France for reasons of ill health. One week later, his eldest brother, Taktser Rinpoche, himself an incarnate lama, died in Indiana, where he had been based for several decades. Five weeks after that, the Dalai Lama was in hospital for gallbladder surgery, a procedure that usually takes fifteen or twenty minutes, he said, but in his case took three hours. And just after he returned from Japan on his first major trip since his illness, clearly ready to talk to Beijing in a new way, China terminated its regular meetings with the Dalai Lama’s envoys, essentially accusing him of arguing for ethnic cleansing. It could almost seem as if they had begun the talks in 2002, months after being named host of the 2008 Summer Olympics, in order to appease a watching world and, now that the Games had been successfully completed, could bring to an end even the pretense of talking to Tibet.

As I watched and listened to him speak, day after day, behind closed doors, to groups of Chinese individuals, to members of the international press and to Japanese power-brokers, I could not help feeling that the Dalai Lama was opening a new chapter in Tibetan history and, with his customary realism and pragmatism, looking for new ways to keep up with changing circumstances. As he, and everyone who cares about China and Tibet, knows, this March marks the 50th anniversary of what Tibetans call “the Tibetan Uprising,” when 30,000 Tibetans in Lhasa took up arms to protect the 23 year-old Dalai Lama, allowing him to flee in safety from Tibet (in China it is going to be celebrated as “Serf Liberation Day”). Already, tensions have mounted across China and Tibet in anticipation of the anniversary, and Beijing has launched a “Strike Hard” campaign, involving dozens of arrests of Tibetans refusing to celebrate the Tibetan New Year (in memory of those who died last year). The Chinese government has worked long and hard to make sure that no one in the outside world sees what is happening inside Tibet. But in this case when a body falls in a forest, all of us know that it is falling, even if we do not witness it first-hand.

The first thing the Dalai Lama said to me when I met him on the opening day of his recent tour, in his Tokyo hotel, was, “My surgery was very successful!” He had visibly lost a lot of weight in the three months since I’d seen him last, but his recovery from the gallbladder operation had been unusually fast, he said, and his doctors had said that his body was that of a man in his sixties. Certainly, anyone who saw him opening his arms to the Chinese intellectuals eager to get a photo with him, receiving Mongolians gathered to present ceremonial blue scarves to him in the lobby of his hotel, talking to Japanese politicians in his suite and just making sure that he shook hands and conversed with every last waiter, bodyguard and interested passerby would have felt she was seeing the affectionate, mischievous and attentive man the world knows. Every time he began speaking about the situation in Tibet, though–and on this tour, as not before, the questions even from Buddhist monks were political–he spoke with the unwavering clarity and passion of a man whose charges are trapped in a burning house.

You can see something of how the Tibetan leader works in the world by simply noticing how he allocates his time on such a trip: he delivered two major talks to the general public, on his favored theme of “secular ethics”–the logical basis for thinking of others, whether or not you have any religion; he flew down to the southern island of Kyushu to offer Buddhist teachings to a group of 400 or so (often feuding) Japanese Buddhists who had invited him to their country for the purpose; he even spent an entire morning visiting a girls’ school in the provincial capital of Fukuoka, since his first priority is always education, and helping those young enough to be in a position to make the future.

Yet the whole first day of his trip, added at the last minute, was dedicated to talking to Chinese individuals resident in Japan: two and a half hours in the morning with a group of fourteen professors, and three hours in the afternoon with a boisterous, animated group of 200 or so students and others living overseas. And much of the next two days was spent speaking to the Japanese and international media about how things stand in Tibet today, and urging them to try to go themselves and offer an “independent, objective, unbiased investigation” into what is really happening behind the black curtain China has yanked down.

The Dalai Lama’s habit is to look for the realistic facts and useful possibility in any situation and, if thwarted, as he told the girls, to “look at the problem from a wider perspective.” But whenever he was asked, he did not hesitate to tell his listeners about a new Chinese policy of beating Tibetans as soon as they are arrested; about the 80 year-old Tibetan man who had asked why monks should be arrested for calling for basic human rights, and who was himself imprisoned and subjected to beating; about reports of Chinese trucks in Tibet last March packed with dead bodies, being taken away to be buried. He had not had the chance to “independently cross-check” every report, he said, so they should not all be taken as proven fact; but other reports have suggested that at least 140 Tibetans have been killed in the last year, and more than 900 have been taken into custody, often after having been beaten.