You know you’re in somewhere special when the bathroom in your hotel offers, along with shower cap, razor and “vanity kit,” some condoms. The people you meet are speaking English (French, Italian) as if they’ve just stepped out of a conference-room in Paris with Umberto Eco and Susan Sontag, and the light is picking out the red-brick apartment-blocks along the thickly forested hillside that guards the city as if New Mexico were paying a house-call on Rio. The first question you’re asked by your local, furiously intellectual host is, “What grieves you most about the state of the world?”

The first time I’d visited Bogota, in 1975, as a teenager, the blue-black clouds that seem to hover perpetually over the city were perhaps in part a reflection of my own black-and-blue ignorance. A schoolfriend and I had found a listing in the terse South American Handbook for improbably cheap lodgings and had not known enough Spanish to understand what the cab-driver meant when he turned around and leered at us, “Muchachas!” Being good products of English boarding-school, we had spent three days in the Hotel Picasso before we realized that everyone else in the little dive on an unlit street surrounded by unpaved alleyways was a young, scantily-clad and surprisingly amenable young woman. They, in turn, were astonished to find eighteen year-old boys who knew so little about the birds and the bees. 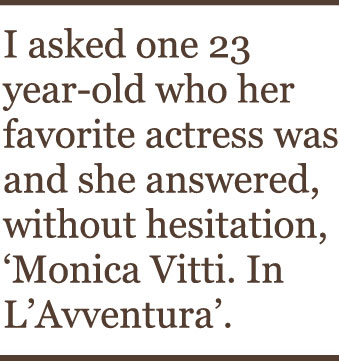 Now, almost three times as old, I can see all I didn’t see in a city that is less about unions than uneasy divisions: the golden kids of the Zona Rosa are about as likely to visit the sprawling shanty towns of Ciudad Bolivar in the south of the city as the girls in the Hotel Picasso were likely to start sipping chai at the Crepes and Waffles outlet in Los Rosales. Bogota is a world–in very small part–of European manners and readers of The New York Review of Books under a cloud of jungly wilderness and English drizzle. “The rich want to be European,” a young recent graduate told me, hardly noticing that she was speaking her third language. “The middle want to be American. And the poor, they want to be Mexican.”

She gestured at the mariachi music that was jaunting out of a nearby taxi.

“Oh, they just want to be themselves.”

The parts of the city that a visitor does not see–which is likely to be nearly all of the city (unless he’s a witless eighteen year-old boy just out of English boarding-school)–comprise shacks so far from middle-class Bogota’s idea of itself that they show up on few statistics sheets and are seldom mentioned in the newspapers. The small, protected circles of the fortunate, who have never been to streets with Hotel Picassos on them, seem entirely at ease with “Thai sushi” restaurants and references to La Dolce Vita (I asked one 23 year-old who her favorite actress was and she answered, without hesitation, “Monica Vitti. In L’Avventura”). “The cool place now is Dubai,” she went on. “Everyone wants to use the name. It’s fashionable.” I walked along a main street and, sure enough, not far from a Dunkin’ Donuts outlet with its own Internet cafe, found a small cigarette stand called “Dubai.”

Her own brother was working in Dubai, she said; the talk at a globalization panel nearby was all of China and Africa (the U.S. was not mentioned once); and wise men from India were said to be arriving in battalions to prop up the business and software sectors. Celebrating its 550th birthday in 2008, Colombia seems in some ways closer to the wider world than it’s ever been before.

Among the lucky souls, in the northern quarters, culture, even literature, seems as buzzy, as effortlessly international, as it might be around the Left Bank. Late one evening in a Mexican restaurant decorated with campy masks worn by Mexican professional wrestlers, I watch two giggling young women, with matching purses, suddenly descend on George Packer, writer on Iraq for The New Yorker, and ask him to autograph copies of the Style issue of the magazine.

“Where do you come from?” he offered, in amazement (unaccustomed to writers being venerated).

“Mars,” said one. “No, I’m sorry. We are both engineers. Professors of engineering at the University of the Andes.”

“Engineers who read The New Yorker?”

“Only the Style issue!”