“Then northward with the spring into Kashmir,” begins a paragraph in the book you are holding in your hand, “past valley after lovely valley, shepherds and their flocks moving across the greenery in the day, men squatting by their hillside fires in the night. Soft-lipped boys with enormous turbans shrieking at us from their dark alleys, black-lidded girls with roses in their hair bringing us ices.” A page later, the young narrator is being shown up to a room in Peshawar, along the Afghan border, noting the “great brownish stains on the wall,” getting bombarded by mosquitoes. Down in the coppersmiths’ area of the marketplace below, old men in green turbans sit near young men with “collyrium-painted eyes” and from every side comes the “chah, khach, kukha” of opium eaters. Everyone, the wanderer tells us, “looked hungry; not for food, but for something else.”

When Frederic Prokosch wrote those words, evoking in particular detail the look and smell of Peshawar–and, in later pages, of Rangoon and Saigon and Ladakh–he had been to not a one of them. He was, in fact, a 29 year-old Research Fellow at Yale who had just completed a doctoral thesis on (of all things) “The Chaucerian Apocrypha.” As a boy, the young painter and poet from Wisconsin had spent a year in Austria and Germany–returning to Texas in 1915 with better German than English; and his father, a professor of Germanic philology who would later become Sterling Professor at Yale and President of the Modern Languages Association, would keep the house filled with cosmopolitan flavors. Yet as he sat in his room on Elm Street in New Haven, poring through atlases and travel diaries, and writing only from imagination, suddenly (as he recalled, almost fifty years later, in his 1983 memoir, Voices), the young Prokosch was walking through the rain along the road past Ba’albek. 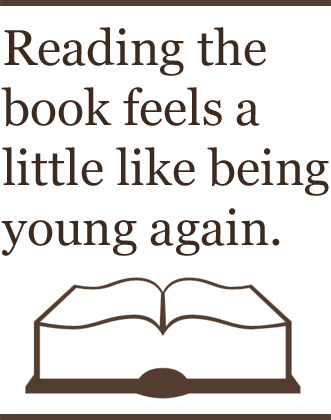 “Day by day,” he remembered, “this vision of a continent grew more vivid in my mind. It kept growing in the darkness, it seeped into my dreams. I’d wake up in the night with a sudden glimpse of a tropical city, a shabby old hotel, a picnic by the Brahmaputra, and I’d turn on the light and jot it down quickly.” The vision was so intense–so lived in, one might say, so possessed–that to go to any of the places Prokosch describes today is to find that he caught them better, sight unseen, than most of us could manage on the spot. The single most implausible word in his book was that startling disclaimer on the title page, “A Novel.”

As soon as The Asiatics was published, in 1935, it was, not surprisingly, a runaway success, ultimately translated into seventeen languages and turning its young author, as his friend and champion Gore Vidal recalled, into a figure of almost Byronic panache. Thomas Mann, a friend of Prokosch’s father, pronounced the book “astonishing” and Andre Gide called it “unique among novels and an authentic masterpiece.” Camus noted, perceptively, that it “invented what might be called the geographical novel.” Even those with no knowledge of the well-connected author were stirred (and one of the first congratulatory telegrams Prokosch received, from a publishing house in London, was signed by T.S. Eliot). Wise beyond his years, and clearly unabashed in his imaginings, the hitherto unpublished writer seemed set for life.

By that time, Prokosch was already at King’s College,Cambridge, pursuing a life of letters and semi-permanent exile. He wished “to avoid the vulgarization of money and publicity,” as he put it–and in that aim, he may have succeeded more than he would have liked. He quickly became a talismanic figure for wanderers and professional expatriates–Vidal remembers him as a cult figure in the U.S. Army in the Forties, and the great American chronicler of Japan, Donald Richie, has said that he was moved to travel, as a boy growing up in Lima, Ohio, by Prokosch’s evocation of the world. Yet to most Americans, his exquisite, almost perfumed world seemed remote. World War II put an end to the exotic romances of the Thirties (Pearl Buck’s Good Earth had come out in 1931, Lost Horizon in 1933), and even as Prokosch made it at last, in person, to Damascus and Isfahan and Agra, he fell increasingly out of public view.

He followed up his initial surge with a similar work of fiction, The Seven Who Fled, in 1937, about seven Europeans propelled out of Kashgar by local unrest, and then, in 1939, with The Night of the Poor, about a midwestern boy hitch-hiking around America. “Landscape is a state of the spirit,” he wrote in The Seven Who Fled, more or less voicing his personal creed, “it is a constant longing for what is to come, it is a reflection incomparably detailed and ingenious of what is everlasting in us, and everlastingly changing.” That book was translated into French by Marguerite Yourcenar, and Prokosch’s first book of poems, The Assassins, in 1936 was acclaimed by W.B. Yeats as “astonishing…the talent of a real visionary, and often magical.” Yet even as Prokosch was living out the adventures he had once only imagined–spending stints in Portugal and Stockholm, in Italy and Hong Kong (in later life he settled in Grasse, in southern France, where he collected butterflies and put out hand-made editions of poems he loved), he was known, when known at all, until his death in 1989 as the author of a best-seller many years before. The sense of discovery his book commemorated–the discovery by an author of his theme, his world, the discovery by the world of a new infectious voice–would never be repeated.

To pick up The Asiatics today is to encounter a work that seems to be about youth as much as about Asia; its theme, really, is the very sensations it describes, of possibility and movement and not knowing what will come next–a “sort of poetry and surprise,” as the narrator puts it–and its only larger purpose seems to be to exult in the excitement of going nowhere in particular. The rhythm of the book, you will quickly see, is not that of a train, with its destination marked on the front, but of a fast-moving river that picks up a passenger here, and drops off a wayfarer there, catching the light across the mountains, the sound from the huts along the shore. Scenes follow one upon the other as abruptly as chambers in a dream.

This freedom from agenda or from direction is a large part of the book’s contagious charm. Most books of travel are, at however unacknowleged a level, about seeking out the source of the Nile or the meaning of life; they pay lip service to a sense of purpose even when ignoring it. And novels, inevitably, aim to infuse every moment with a larger sense of meaning and resonance. Prokosch, however, seems more than happy to take every moment as it is–no more–and it is a striking feature of his narrator’s travels that, for all their near-constant danger and closeness to incarceration, there’s never a very great sense of tension. The protagonist, like most his age, revels in a freedom from the past; and like almost everyone he meets on the road, he goes out of his way to live free of a sense of future (when put on the spot, he says he’s going to Japan, though Japan is the only exotic eastern place he never visits or describes). We are in a perpetual present here, akin to the swaying of a hammock under the casuarina trees.

Part of the shrewd understanding of the writer, one senses, is that he was catching a world that was only just coming into being, in all its aspects, and one feature of that new world (post-Jamesian, you could call it) is that people from the New World were going off in search of the wisdom and antiquity of the Old, and finding, often, that the Old World was hungering for the freshness of the New (“The mere presence of youth makes my heart beat more quickly,” says a dying countess in Tehran, on meeting Prokosch’s narrator). The logic of the book is that most of the people the young traveler meets are eager, because he is young, to pass on their wisdom to him; and he, because he is young, is eager to take it in. The result is that reading the book feels a little like being young oneself again.