In all the stories, California is the point of arrival, the place to which everyone aspires: the end of the line, as more sardonic souls might put it, or at the very least, in Don Henley’s agile pun, the “last resort.” It is the place where dreams and dreamers culminate (which is another way of saying that it is the place where reality kicks in); nearly always, in our inner topography, it’s an endpoint of sorts, where some kind of hope or expectation washes up.

One of the disarming graces of Tony Cohan’s limpid and beautifully elegiac memoir, clear and sad as an old song playing on a radio down the street, is that it takes that hoary myth and sees it from the other side, for one whose native legacy was living inside those California dreams. Cohan grew up in Hollywood in its glory days, Bing Crosby and Johnny Mercer singing around the family piano downstairs (15), various Sinatras and Mitchums his schoolmates (55), and his father summoned from back East to produce and direct Jimmy Durante’s weekly radio show; and so, in a sense, Sunset Boulevard and Dotty Lamour’s house (in which he grew up), the Garden of Allah and Schwab’s drugstore down the street, were what he longed to put behind him. 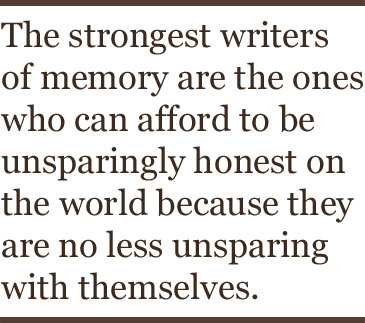 L.A. was the place where his father suddenly lost his job and his glamorous lifestyle as radio was eclipsed by television, and then by life; where a call one night said that his his mother had crashed the family station wagon, under the influence, and was now in Hollywood jail (44); where a grandfather, aged 82, turned up on the family doorstep without a dime (64). It was, in a sense, the place of country clubs and bourgeois rites that the young Cohan sought to escape. Every day one summer, he notes, in his characteristic tone of unsentimental lyricism (228), he hitched the twelve miles from Coldwater Canyon to Santa Monica Pier to look at all the places he longed to get to (Tangiers and Paris and Kyoto and now Mexico, as it turned out). California was where he dreamed of somewhere else.

Cohan is best known to most readers, perhaps, as the author of the recent best-selling memoir, On Mexican Time, about his flight from Los Angeles in the Eighties to the more spacious and grounding rhythms of San Miguel de Allende. Earlier, he wrote two tough, rigorously researched thrillers, Opium and Canary, that take in the corruptions of the drug and the music industries respectively, and show him to be a fierce opponent of the American corporate madness. Yet what is most important to know for anyone approaching Native State is that Cohan began his professional life as a drummer–and a drummer who backed Dexter Gordon, Bud Powell, Janis Joplin (briefly) and many of the defining musicians of the period, right up to Ry Cooder and a sitar master from Bengal. And drumming is the electric heart of his memoir, the instrument, in every sense, of his escape into travel and eros and hope. Drumming is the way Jimmy Durante got replaced by the Gnaoua musicians of Morocco, the way Cohan supplanted the tinkles of his high-school classmates Jan and Dean (30) with the sudden transports of Bud Powell’s ecstatic flights, the way, in effect, he redeemed life with art.