Graham Greene is treacherously easy to film, not least because, as a film critic for four years in the Thirties, he was one of the first serious novelists to grow up with the cinema, in all senses, and to see how the camera had changed the way we tell stories and think about perspective. Though a compulsive reader himself, he was typically unscornful of the cinema’s mass appeal, as of anything’s mass appeal–the aim (in books, or in films), he felt, was to excite the audience first and then draw it into ever deeper considerations of right and wrong–and much of the power of his novels comes from their ingenious structuring: The Quiet American, for example, starts at the end and shuffles backwards and forwards, mixing prolepsis and retrospection, till we don’t know whether to laugh or cry. More than anything, he had, instinctively, the charged compression that all film longs for (when the Englishman Fowler, in The Quiet American, tells a French friend he’s “going back,” the Frenchman says, “You’re going home ?” “No,” says Fowler, “England”).

It’s no surprise, then, that Greene has been in demand in Hollywood since long before it first stumbled into Henry James and Jane Austen; his Stamboul Train was bought by the movies in 1932 and in 1947, before he had even reached his prime, three of his books were translated to the screen. Though deeply internal and never driven by action or visuals, his greatest books are all cinema-ready in their plots, and, especially, in their sense of how circuitous plots can intensify our emotional and moral involvement in a story; even his slight novella, Loser Takes All, was turned into a tolerable film not long ago, thanks to its premise–a religious notion, some would say–that the person who wins everything at roulette may lose even more deeper down. More recently, in 1999, Neil Jordan, himself a writer of distinction, made a film of The End of the Affair, that had all of Greene’s lean intelligence and clouded elegance; in Ralph Fiennes it found a restless anguish worthy of a Greene protagonist, in a hangdog detective and his son it located pathos and humanity, inseparable, and in its mists and lamplit walks it caught all the uncertainty of post-war London. The director even, by shuffling time-frames, captured something of Greene’s furious paradoxes. 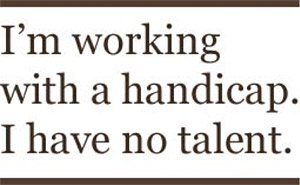 Yet what Jordan’s savory and agile film lacked was tenderness. It gave us Vera Lynn and Churchill, constant rain and train stations; it suggested. in its language, that it knew that Greene was making a kind of Brief Encounter for the fallen. It even caught Greene’s guarded, and therefore moving, sense that miracles are as much a part of life, as he wrote, as dreams and breakfast and the lavatory. But somewhere the writer’s passion, never more naked and raw than in this book, got lost. Part of the characteristic poignancy of the story comes from Greene’s abiding sense that an adulterer might start to feel for the man he’s cuckolding; yet that is agitated by his corresponding rage that both of them are being cuckolded by God. Man is fallen, the novelist might be saying, and yet he is never, infuriatingly, incapable of rising again, and even of acting better than he should.

Of all the twenty films that he saw made, in one form or another, out of his novels, Greene disliked none so much as The Quiet American, directed by Joseph Mankiewicz in 1958. The writer’s distrust of America had never been stronger than during the McCarthyite times when he wrote the book, when Charlie Chaplin, for one, was told that he was not welcome back in this country unless he answered questions about his past and his political beliefs, and when Greene himself was banned (in 1952) from coming to America to receive the Catholic Literary Award, because he had joined the Communist Party as an undergraduate at Oxford. (The perfect Greenian irony: a Catholic writer is banned from the Land of the Free on grounds of being godless). Greene’s Third Man had already suggested that, in the wake of war, he would be most suspicious of the country that seemed strongest; and when Mankiewicz actually inverted his entire story, making the English Fowler a dupe of the Communists, and the American Pyle innocent of bombings in Vietnam, it’s not entirely surprising that Greene suggested that “the film was made deliberately to attack the book and its author.” To compound the violation, Mankiewicz cast the war hero Audie Murphy in the title role, the same Murphy who had once confessed to a director, “I’m working with a handicap. I have no talent.”